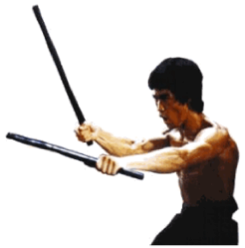 Kali (also known as and similar to Arnis/Escrima) is a weaponry and empty hand art from the Philippines that combines the most practical and efficient forms of weapon combat and self defence available in the world today. You’ll never choose to be attacked by a weapon, but you can be prepared for it! Learn the art of Single Stick, Double Stick, Knife, Staff & Kubotan today!

Silat is a collective word for indigenous martial arts of the Malay Archipelago of Southeast Asia. Originally created and developed in Sumatera Island and Java in what is now Indonesia, then spread to peninsular Malaysia, southern Thailand and Singapore, Silat was also traditionally practiced in Brunei, Cambodia, Myanmar, Vietnam and the Philippines. As a result, it is closely related to other Southeast Asian martial arts including Krabi Krabong and Kali/Escrima. There are hundreds of different styles but they tend to focus either on strikes, joint manipulation, bladed weapons, throws, animal-based techniques, or some combination thereof.